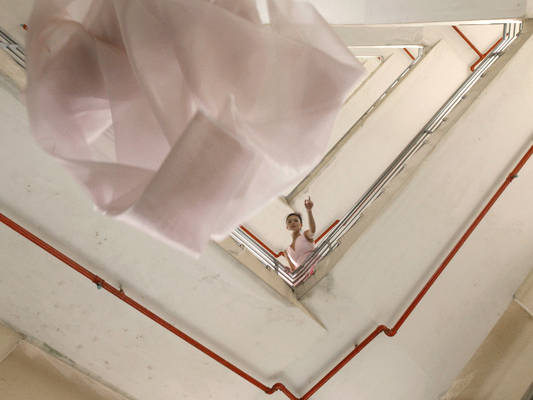 SYNOPSIS
According to the ancient Greek legend of Orpheus, the famous poet turned his head despite the impediment not to do so – and lost his wife. In the installation of the movie short Venomenon, the audience is invited to become the protagonists in the immersive environment of two opposing screens and to question the different outcomes of the decisive situation with contradicting content in the two corners of the room – the display modes force the spectators to turn their heads around and by doing so, being in the same situation as the protagonist of the ancient Greek myth.
LOCATIONS
Venomenon has been entirely filmed on stunning locations in Singapore, which unfold their impressive sculpturality fully in stereoscopic 3D.
Flash back scenes are set in Haw Par Villa, which was built in 1937 and served as residence for the inventors of the famous Tiger Balm ointment, and then developed into an amusement park, but serves nowadays as heritage site of Straits-Chinese culture, substantiated by more than 1000 statues and 150 giant dioramas, sculpted from concrete.
Our protagonist strolls through Yin Foh Kuan cemetery, built in 1965 by the Ying Fo Fui Kun (????) clan of the Hakka community on a historical burial ground, assimilating the architectural style of the adjacent HDB-buildings.
Coincidently, also contemporary and internationally acknowledged architecture is featured, such as the Hive on Nanyang Technological University campus, completed in 2015 and designed by Thomas Heatherwick, the studio responsible for the London Olympic Cauldron.

TECHNOLOGY
Filmed on two Arri Alexa cameras on a mirror rig, the original Swiss Rig. You're invited to visit the crew on the set.