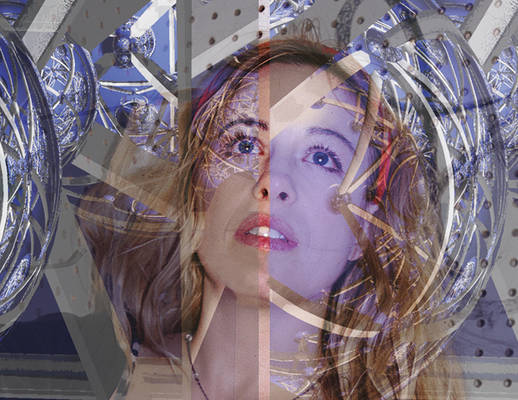 Victor: This is a portrait of Cynthia De Moss. The source image for this came from our first photo shoot together which took place in the early morning hours of July 12, 1999, in Downtown Manhattan. This date would have been R. Buckminster Fuller’s 104th birthday. The underlying photograph looks very much like the one used for my print called Nu-Cynthesis produced the following year.

Published as a postcard this became the promo image for an installment of the Cynthia Show which took place on Monday, April 10, 2000, at the club called Baktun in New York City.