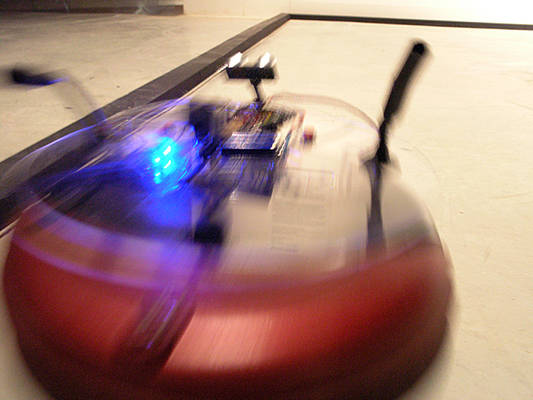 © Ricardo Iglesias; Robotic installation. José is a robot who doesn’t respond normally to external stimulation, showing autistic symptoms of social reject and lack of communication. The robot’s performing depends directly on its level of fear related to the amount and