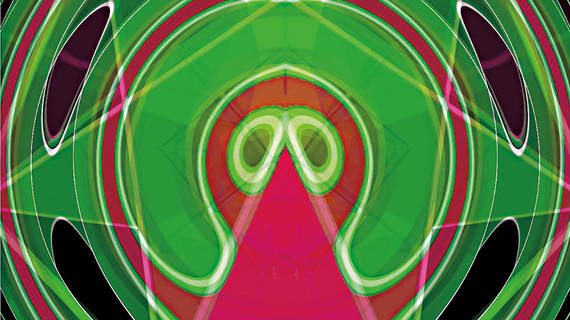 This image wasn’t consciously designed or built but was simply discovered among the tens of 100s of images playing back at 30-frames per second which made up Acevedo’s EVM work called Terabyte Psychedelics. Its fluid contours were a result of applying both a ripples and mirror filter to the underlying video.

Huichol was premiered at Los Angeles Center for Digital Art (LACDA) that ran from December 08, 2016, through December 31, 2016. The soundtrack for the video is an excerpt from a live performance by the band called Hookah. It was recorded at Café NELA on November 6, 2015.