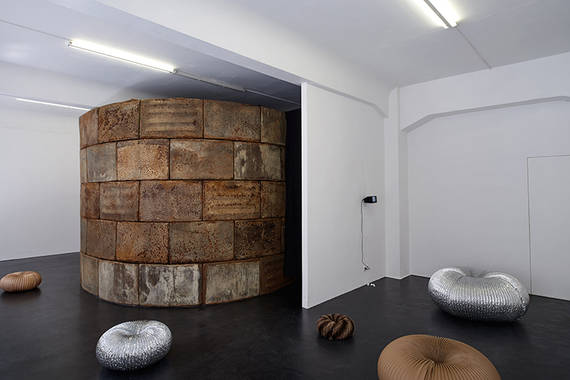 Cite
X
Archive of Digital Art (ADA). “Julius von Bismarck - »Approximately 3 Dimensions«”. https://digitalartarchive.at/database/general/work/approximately-3-dimensions.html (retrieved 2016-15-09). @online{ADAartistprofile, author = {Archive of Digital Art (ADA)}, title = {Julius von Bismarck - »Approximately 3 Dimensions«}, url = {https://digitalartarchive.at/database/general/work/approximately-3-dimensions.html}, urldate = {retrieved 2016-15-09}
Technology
Descriptions & Essays
devonschiller@gmail.com0 15-09-2016
To make a hole, three dimensions are necessary. In the two-dimensions of the iconic thought experiment Flatland, organisms that sustain their existence through a digestive system characterized by two holes, would find themselves split in two along the hole-connecting tube. And if such a punctured, three-dimensional body starts turning itself inside-out through the central hole, it acts out something like the fourth dimension, as imagined from its 3-D perspective.

For the exhibition Approximately Three Dimensions, the artist Julius von Bismarck (1983) created artworks that examine three or more dimensions from all angles. In the video installation Space Beyond Me he translates two spatial and one temporal dimensions into three spatial ones. In Self-Revolving Torus, the artist uses the analogy of a torus that seems to continuously devour and disgorge itself, to explain the fourth spatial dimension. Finally, in Platonic Birth, a torusresembling opening forces out platonic bodies from the space within. A sense of inevitability characterizes the exhibition, much like the more or less three dimensions that continuously permeate the observer.
devonschiller@gmail.com0: Approximately 3 Dimensions, 15-09-2016, in: Archive of Digital Art
Literature
Exhibitions & Events
2016
Exhibition :
»Solo Show«
Alexander Levy